Is it Possible to Bulk Up On a Vegan Diet? 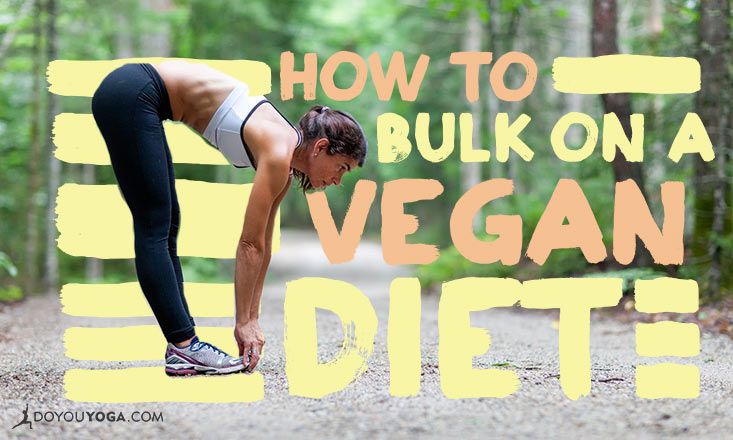 If you’ve ever thought about how to build muscle on a plant-based diet, you’ve come to the right place.

Some people picture vegans as willowy and lean, but vegans come in all shapes and sizes. Whether your goals are to lean out, run faster, or put on muscle, it can be done on a vegan diet.

Why Switch to a Vegan Diet?

People come to vegan diets for numerous reasons. I tried a vegan diet for four years, but had no idea how to do it the right way.

I failed miserably, eating inflammatory foods and enough carbs to cause a 20-pound weight gain. If I had researched or talked to healthy vegans who knew how to cook, my experience with veganism would’ve been quite different.

Don’t turn into the chips and salsa, corn tortilla, and black bean burrito vegan eater that I was, and take the advice from star athlete Pat Reeves.

Vegan power lifter Pat Reeves, who has followed a plant-based diet for more than forty-four years, originally started her vegan diet to fight cancer, but continues because of her high levels of energy. Four years ago, at age 66, she became the oldest competing weightlifter in Europe. And just last year, she broke her own deadlift record.

Here’s a quick look at Pat’s daily meals, via veganbodybuilding.org:

Lunch: – At least 8 types of sprouted greens, plus tofu (I make this and yoghurt and this is basically my only cooked food), or sprouted pulses, plus a dressing,

Mid-afternoon: Vegetable pate with crudities, a sprouted grain and fruit,

Evening meal: Similar to lunch, perhaps a raw warmed-through soup, but I will use different vegetables, grains etc.

So if you are looking to bulk up and lean out, incorporate these foods into your diet. As you probably know, every body is different, so it will take some trials to see what food works best for your unique body.

You could do well on sprouted foods, or a bag of trail mix filled with nuts, sunflower seeds and goji berries or maybe high fat almond milk is the ticket to your prime-bulking venture.

Either way, diet is a part of the equation, but fitness must be incorporated to make your vegan bulking a success.